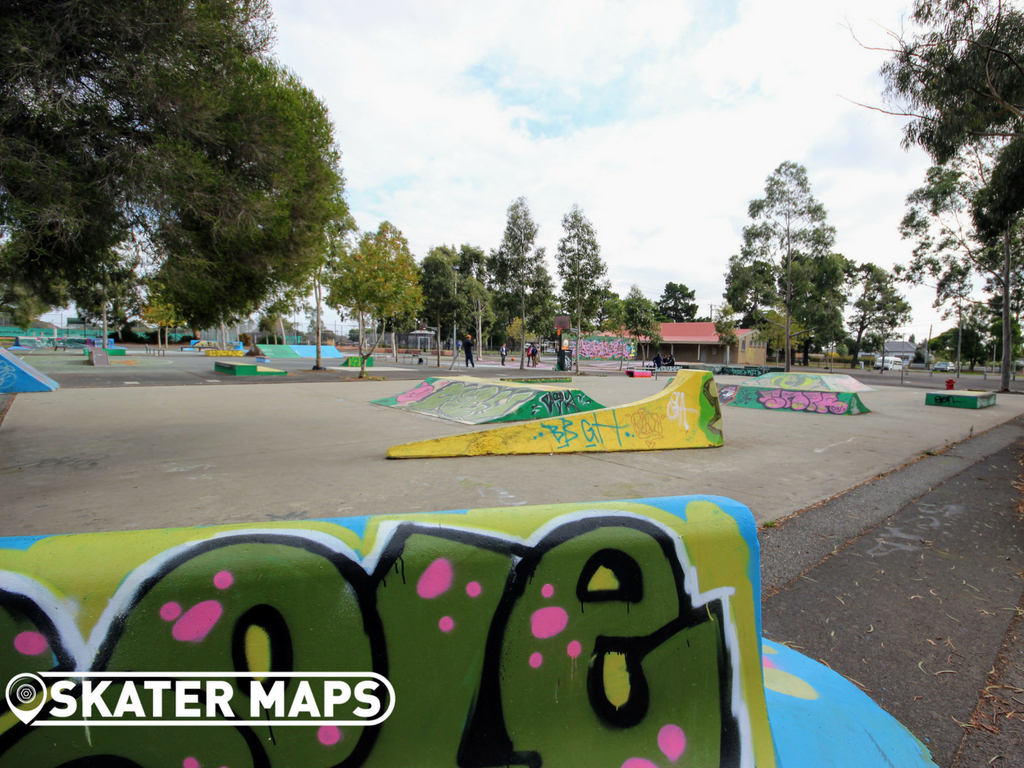 Reservoir Skatepark was once a contender for Melbourne’s worst skatepark, however it was upgraded in 2013 and is now amongst Melbourne’s best street skateparks. The skatepark upgrade was designed by Playce and incorporates heaps of recycled objects that you may find on a typical Melbourne street. The award winning design has attracted attention to the legit street skatepark from across the world. The skatepark has been built on top of existing basketball and netball courts. The course concrete will shred up any item of clothing, although the cracks appearing though out the park are more of a concern and something to keep an eye out for, especially for the street skaters who roll around on tiny wheels. It is very cool street skatepark and a rad addition to complement the growing street skating spots in Melbourne.

The famous Mt Beauty Skatepark can be found at the bottom of Falls Creek and Mt Hotham in the middle of town. The reasonably sized concrete skatepark has been updated over the years to what we now know of it. The original older section of the skatepark remains...

There is a new skatepark in Mulgrave. The Mulgrave Skatepark is fast, open and full of heaps of rad features.

Geelong welcomes another new skatepark in Corio. The skatepark consists of a large open bowl with heaps of different sections, hips, bumps, spines, and much more. Super mellow park with heaps of features and obstacles.