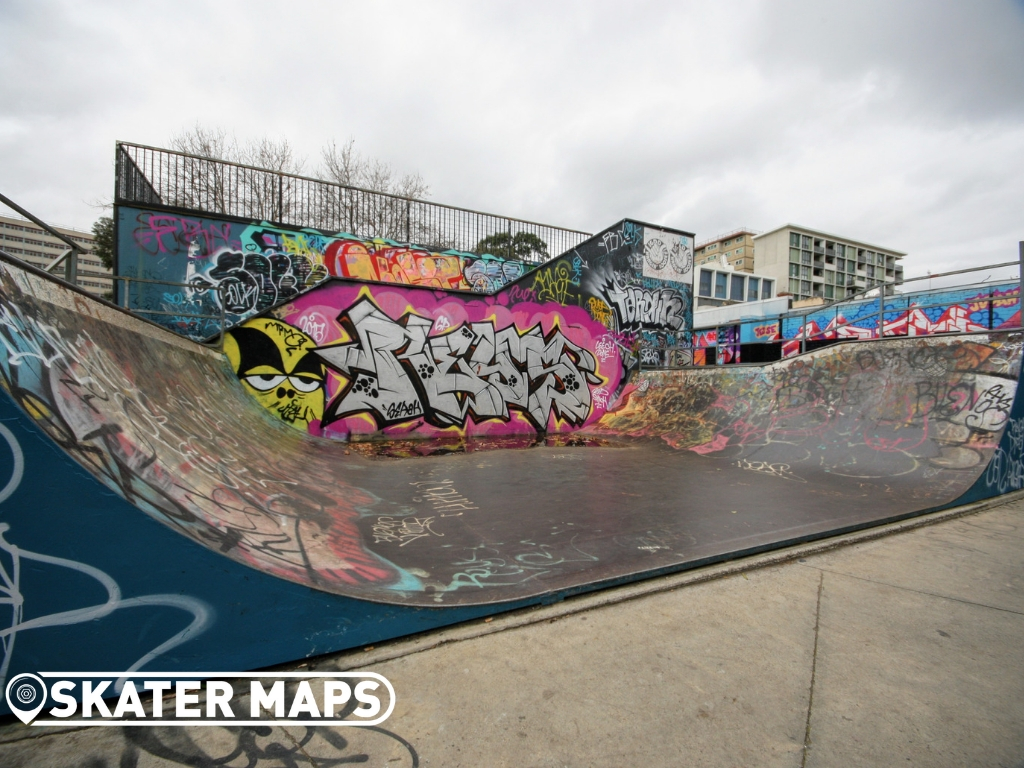 Prahran Skatepark is on Essex St, Prahran, Victoria (opposite the Commission Flats) just a skate away from Prahran train station. Prahran was built in the middle of the vert ramp phase and is one of only a few iconic steel ramps left in Melbourne and is undoubtedly its best! The huge 14ft Vert ramp has at least 2ft + of vert, is still in great condition and has a cool 3ft extension roll in on one side. It’s so big that you can get the heebie-jeebies just standing up the top.

Behind the vert ramp is one of the best steel mini ramps in the country with its mellow transitions and a 1ft extension with sloped transition up one end. However if it has been wet don’t even bother.

If you get sick of skating you can always just slide around on the vert ramp on your bum, get involved in a game of street ball or go for a splash next door at the Prahran Aquatic Centre.

Local legends of the park include the Papas Brothers (Tas and Ben). If you haven’t seen it then check out the doco “All This Mayhem” (2014) which details the Rise and Fall of the brothers in professional vert ramp skating and Tas’ legendary rivalry with Tony Hawk.

In the final scene of the flick Tas pulls off a world first, landing a kick flip varial 540, AKA The Mayhem, at the Prahran vert!

The Vic state government railway crossing project has made room for the new Clayton Station Skatepark. The street style park is built into a playground/basketball complex with table tennis tables, drinking fountains, play equipment of all sorts and a few skate...

Bailey Reserve Skatepark has replaced the old Bentleigh East Skatepark in Glen Eira, Vic. The new concrete skatepark is ''officially'' open and waiting for you to skateboard, scooter, skate, BMX, admire or even take pictures of, if you want to give the people what...

Vantage Park Skatepark is another unique park in Melbourne's Northern Suburbs. Located in a huge park next to a footy oval on one side and a basketball court on the other, this modern design will turn heads of those who have never skated before. The feature open flow...